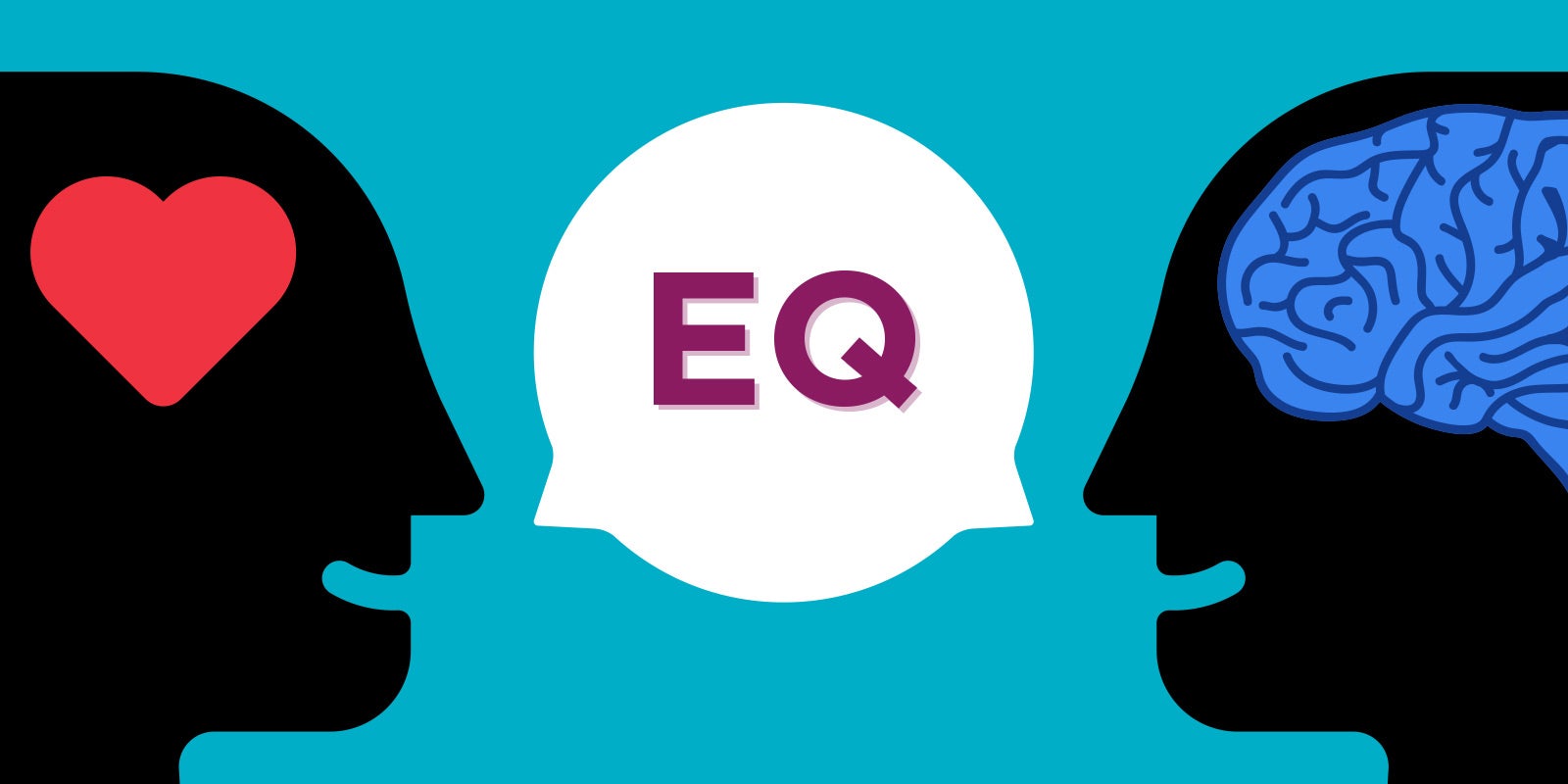 One of the best parts of my role is getting to interact with leaders daily. I get to be by their side as they develop their leadership skills and gain insight into how their behaviors impact those they lead. And recently, I got to experience a leader having his “a-ha” moment during a virtual session covering emotional intelligence competencies for leaders (I’ll talk about these in more detail in a bit).

We were discussing emotional intelligence and its impact on leadership effectiveness. We had also just finished reviewing a self-insight tool that looked at self-awareness and the ability to manage and identify their own and others’ emotions.

I asked the group to share their reflections on their scores. This leader, among a group of several of his peers, reflected and shared, “I finally get it—I haven’t been aware of my own or my team’s feelings, no wonder I’m finding leadership difficult.”

What a brave revelation to share in the presence of his peers. I was blown away by his honesty. And especially since during our 1:1 feedback session where we discussed his assessment center results, he was like Teflon.

He spent much of the session deflecting and minimizing all feedback regarding how he interacted with others. His assessment center results (and his personality traits) revealed he was direct and overly harsh with feedback. His results also showed he had a tendency to lose his cool when people didn’t meet his expectations.

Why Emotional Intelligence Is Essential for Leadership and Work Success

As the example above shows, emotional intelligence is essential for leadership effectiveness. Similarly, according to the World Economic Forum, it was ranked as one of the top-10 most important workplace skills. Emotional intelligence also stayed on the list of skills needed leading up to 2025.

Why Emotional Intelligence Is Important for Leaders and Managers

Being a leader means you need to achieve results through others. And it’s not about your subject matter expertise or your IQ. While this is an important base, a leader’s role requires them to lead other people—and communicate, coach, provide feedback, empower, inspire, collaborate, and manage stress. This requires the ability to interact effectively with others. This also requires the ability to be attuned to others’ needs and then respond effectively to those needs.

We’ve all experienced moments in our work or personal lives where our emotions got the better of us. I experienced this just yesterday morning with my seven year old who refused to get ready for school. I lost my cool with him and yelled, hoping that might snap him into action. But as you can imagine, it didn’t. It only made the situation worse.

Another leader I’ve been coaching told me about a situation where he observed inequity in how his team was being treated compared to another team. This leader said he let his emotions get the better of him and responded to his leadership team in interpersonally harsh ways.

Being an emotionally intelligent leader includes being able to manage those emotions in the moment. It also means being able to respond in a productive way, instead of flying off the handle or shutting down completely. So in essence, emotional intelligence is our ability to accurately perceive and interpret our own and others’ emotions.

In addition, emotional intelligence includes our ability to manage our own reactions and behavior. Snapping at a direct report for making a mistake, for instance, would not be an emotionally intelligent way of responding.

The Impact of a Leader’s EQ on Teams

Imagine if you could connect with not just the heads but also the hearts of each one of your direct reports. What impact would that have?

If we take the leader from my earlier example who was really struggling with being a leader, he talked about how the relationships he has with his team members were starting to deteriorate. He also noted that the energy and morale of his team was down. Likewise, he noticed a real lack of commitment from his team.

Imagine how his team members felt. What his team needed from him was his attention, his empathy, and his support. They needed to feel valued and respected rather than belittled and diminished.

In addition, the way he delivered feedback was done in such a way that it didn’t recognize people’s efforts or their feelings. He wasn’t in tune to their feelings or emotions. While he knew he was feeling angry and frustrated, he wasn’t able to manage his responses, which further eroded the situation and relationships.

We’ve all heard the adage, “People don’t leave organizations, they leave leaders.” This is because leaders set the “tone” of the team. So when emotional intelligence is missing from a leader’s skill set, the impacts can be felt strongly throughout the team. And this can result in lower engagement and high turnover.

But how can we demonstrate emotional intelligence?

In my view, self-awareness is the most critical of all the emotional intelligence competencies for leaders. If we aren’t self-aware, we can’t change or improve.

Similarly, Adele Lynn, author of the EQ Difference, identifies self-awareness and control as the first ingredients critical to emotional intelligence. In a podcast with DDI she said, “To me, to have self-awareness and not have self-control is kind of senseless. I mean really, what's the purpose of being aware if you don't do something about it.”

And this is where many leaders can fall down—not doing something about it. The good news is, regardless of your current level of awareness and control of your emotions, it is possible to develop and improve emotional intelligence through deliberate practice.

How Leaders Can Get Better in Key Emotional Intelligence Competencies

In my role as a coach, I often “prescribe” leaders two things to help make improvements in key emotional intelligence competencies:

Practice using Key Principles every day. They help you manage the other person’s emotions while building trust and a stronger relationship. One of DDI’s Key Principles is listening and responding with empathy. This is also a key competency identified by Daniel Goleman and Adele Lynn as contributing to effective emotional intelligence.

Matthew Lippincott’s research in 2016 looked at impacts of mindfulness on leadership effectiveness and it revealed impressive results. Leaders who had mindfulness training and incorporated this into their daily lives reported it helped them recognize how their emotions influence their mental performance and behaviors.

Results also revealed 98% of participants described a transformation of their fundamental understanding of what effective leadership is. And 79% of participants reported stronger interpersonal relationships. Mindfulness can also help with the development of emotional self-control because of the heightened self-observation it enables. Ultimately, when you have improved emotional self-control it can have positive impacts on team engagement and communication.

In addition, Adele Lynn’s book encourages the pause technique which when used is very powerful. This is where you take a moment to breathe slowly. And then take the opportunity to shift your body to help the rational part of your brain catch up with the emotional part.

The Impact of Leaders’ EQ on Organizations

I’ve worked with several leaders who struggled with their own self-awareness and emotional intelligence. But those who put in daily conscious efforts and practice do get better over time. They also become more effective leaders along the way.

However, the stakes are high. If you are in a leadership position, and you aren’t consciously practicing the skills you need to be more emotionally intelligent, you might be inhibiting your own ability to be successful. But not being emotionally intelligent can have bigger implications. It can also inhibit the ability of your organization to attract and retain talented people.

Cecelia Zaris is a senior consultant at DDI with a passion for coaching and developing leaders to be their best selves. She is the mother of two young boys, which provides her with endless opportunities to practice and hone her own emotional intelligence!