The final part of our series on CEO succession planning conversations covers the conversation with the board as they evaluate CEO successor readiness. 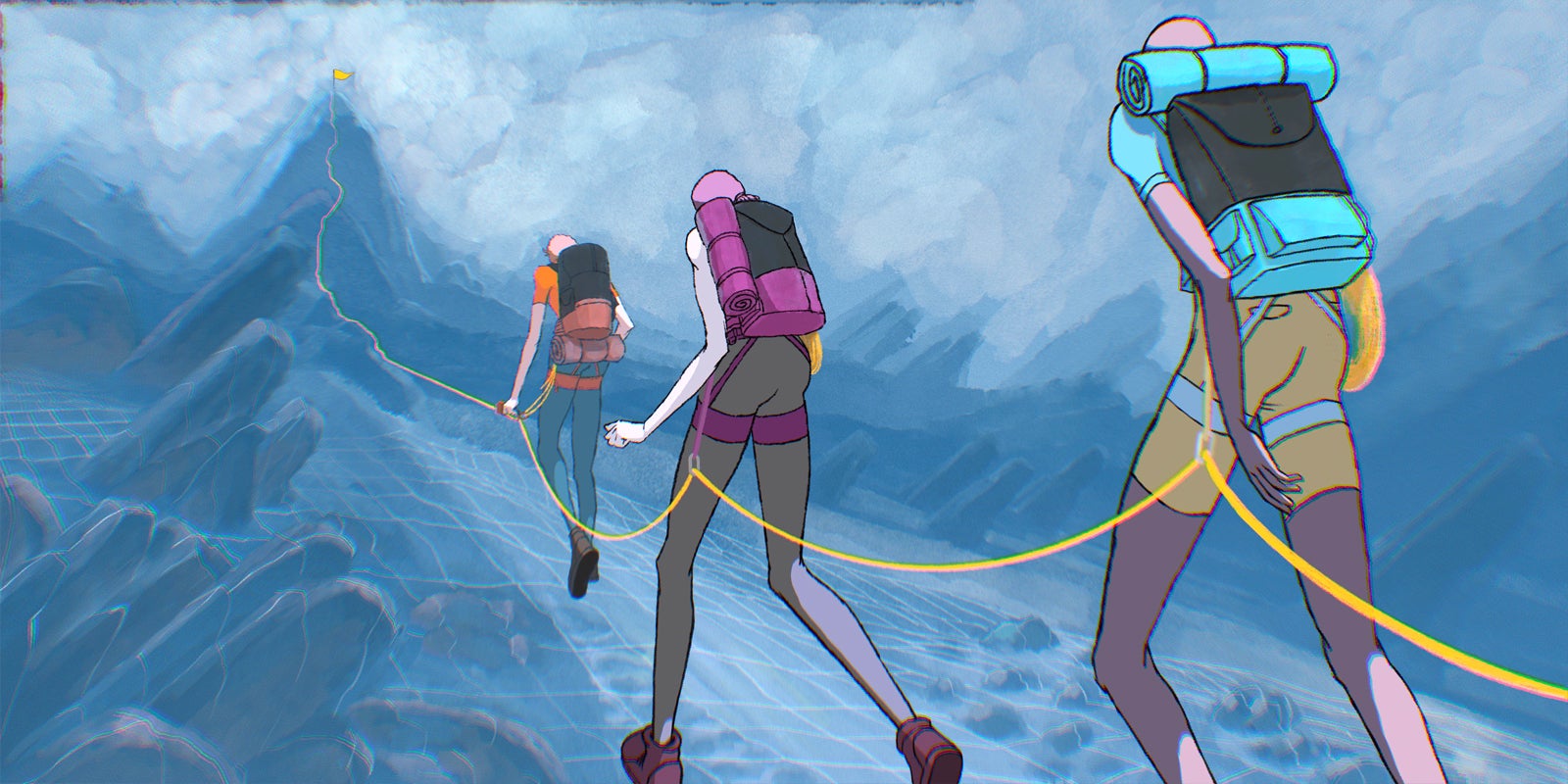 (This article on CEO successor readiness is part four of our series on CEO succession planning conversations. See part one on identifying successors, part two on successor development invitations, and part three on CEO bench strength).

“I know these guys, and they are outstanding leaders. But I underestimated how hard it would be to get them ready to take over my job,” one CEO in the financial services industry said to me in a conversation about his potential successors.

With a CEO who was publicly lauded (and awarded) as exceptionally innovative, and the standard bearer of the company’s famously great culture, the board began to anticipate a difficult succession challenge. So, in the interest of promoting from within to minimize disruption and come as close as possible to a replacement, they started early, bringing the topic of CEO succession to the front burner long before there were even whispers of the incumbent’s departure.

For his part, the CEO was confident. With a strong team surrounding him, he and his board chair were able to quickly identify several candidates with viable CEO potential. While direct conversations hadn’t yet been broached, and each candidate had notable experience gaps, the CEO felt sure that a capable replacement could be prepared from among these leaders.

Like many CEOs considering their own replacements, his point of departure was casual, with a desire to keep things informal. One CEO, when asked by the board how he was planning to handle his own succession, touched his index finger to his forehead and said, “The plan is right here,” telegraphing his intent to handle successor development on his own.

The Risk of a Casual Approach

This casual approach is dangerous for at least two reasons. First, boards in today’s environment are less and less likely to accept any degree of opacity in the CEO succession process. Some have been burned by successors who flamed out too quickly, and others are simply responding to the continuously escalating pressure from shareholders and stakeholders to ensure stable corporate leadership that protects profits and ESG goals simultaneously.

Shortly after the CEO above signaled the plan in his head, a savvy board director spoke up and said, “Um, I don’t mean to be contrarian, but that’s not going to be enough for me.” She asked for specifics, and for regular updates to evaluate progress.

The second reason is that developing successors is much harder than most CEOs anticipate. Because each CEO occupies the role in a highly individualized way, and because context changes so rapidly, it’s rarely sufficient for an existing CEO to simply teach other leaders the ropes (i.e., from their own experience). Astronauts, for example, can’t prepare new astronauts by simply taking them under their wings. Like so many of life’s most complex and virtuous endeavors, it takes a village.

So, when the financial services board and CEO elected to engage the successors in a comprehensive assessment, coaching and development experience, the CEO quickly began to discover growth needs that he felt unprepared to address on his own. Having worked with the candidates for many years, he knew, for example, that one was much more tactical than strategic, and that another could be overly intellectual and arrogant at times. But it wasn’t until he discovered the roots of these development needs that he felt limited in his ability to help address them.

These weren’t just gaps in experience. They were connected to the personalities and engrained habits of each candidate, and preparing them for succession meant helping them to deeply reflect on how they would confront the unique challenges of the CEO role through the lens of their own dispositions. A deeper approach than he anticipated would be needed. And this created a larger, more uncomfortable question. If developing CEO capabilities was going to be this complex, how would the CEO and board evaluate readiness for succession? When is a candidate truly ready?

And that question leads me to my final piece in this series: The board’s regular review of the CEO successor readiness.

In the world of succession, the word “ready” can mean a number of different things. Is a candidate ready for the pressure? Are they masters of the industry sector? Will they create the culture change that’s needed? Will it be too much? And many more.

The question of readiness is never a simple dichotomy – yes or no. Instead, the question is about how different leaders will interact with an organization’s evolving strategy and culture. Succession decisions are the product of ongoing conversation and evaluation of the match between candidate profiles and the organization’s profile.

In all scenarios, CEO succession is a leap of faith.  Having identified your successors, invited them into the development process, and discussed CEO bench strength with the board, the question becomes: When?

On a routine basis (quarterly is common), the board should review how potential CEO candidates are progressing. Here are some things to keep in mind for those discussions:

With development objectives set for each candidate, the board should be briefed on each individual’s achievements since the last discussion, with an emphasis on real growth. Similarly experienced leaders will often show marked differences in their pursuit of experiences that expand their perspectives and capabilities. This requires more than scanning a list of completed development activities.

Progress updates should highlight new and unfamiliar assignments, personal risks taken, obstacles hurdled, and new skills applied and honed by each candidate. In many instances, the first review or two can be underwhelming in terms of overall developmental impact, and this may then trigger conversation about how to alter or expand accountabilities so that successors are not only exposed to new challenges, but also given the accountability to lead them. Without explicit ownership, development experiences can become observation without actual learning.

So it’s important that the board look at how the candidate has taken thoughtful risks to grow, and how they’ve improved their skills to make sure that risks pay off.

Progress evaluations should also be informed by key stakeholders who are in positions to observe the potential successor’s behavior.

The majority of CEOs have never coached a successor before making their view of potential successor(s) inherently limited.

So it’s critical that the board receive updates that include input from others who are directly involved.

This warrants rigor, which can be garnered through the appropriate application 360-degree reviews on a potential successor’s performance. These can be conducted through an automated survey to the candidate’s peers, stakeholders, and direct reports. But more commonly at this level, companies benefit from using an interview approach in which a neutral assessor talks to identified stakeholders and identifies key themes, evidence, and next steps for development.

In part three of this series on CEO succession planning conversations, I talked about our formula for evaluating readiness:

As your board evolves through this dialogue, it’s important to put a special emphasis on context. It’s easy to get stuck on an “heir apparent,” assuming that having a named replacement is synonymous with having the right replacement.

This flawed thinking can create the conditions for a failed succession. As we’ve seen many times, context can change rapidly. A large manufacturing sector client rested for years on the assumption that the COO would succeed the incumbent CEO. But when that time actually arrived, it coincided with sudden COVID-related market upheaval, divestiture of a major business line, and a shift in focus from steady-state protection of a long-standing customer base to urgent need for entrepreneurial renewal and new market expansion. As a sturdy guardian of the organization’s traditional culture, the COO’s profile looked quite different from what the board felt the organization needed. A closer analysis of the emerging context and the COO’s capability profile left the board with a clear but difficult choice to keep the COO in place and elevate their strongest business unit president to the CEO role to drive new growth.

To stay ahead of the curve, every board review of CEO successor readiness should revisit context, business position, culture, the team, and the board. These will all evolve and affect candidate readiness up to the moment when a decision is to be made.

Throughout this series, I’ve cautioned about the risk of assumption. And I’ve hammered on it for good reason: I’ve seen many organizations approach CEO succession as a promise to one specific person.

But things change. The business will change. So will the economic environment, and the needs of your organization's people and culture. And the real question is whether potential CEO successors change enough to meet those challenges.

Most companies start this process with the question of “Who should be our next CEO?” But as they progress, they realize that they need to focus much more broadly across the C-suite.

CEO succession requires the board to place a bet, and there are no sure things.  No leader, from frontline to CEO, can ever be totally ready for their next assignment, so the best way to hedge the biggest bets is to always be preparing.

And get more executive insights by subscribing to our monthly Executive Outlook Newsletter.