How to Be an Ally in the Workplace

HOW TO BE AN ALLY IN THE WORKPLACE

We should all be showing up every day as strong allies at work. But what are best practices for how to be an ally in the workplace? 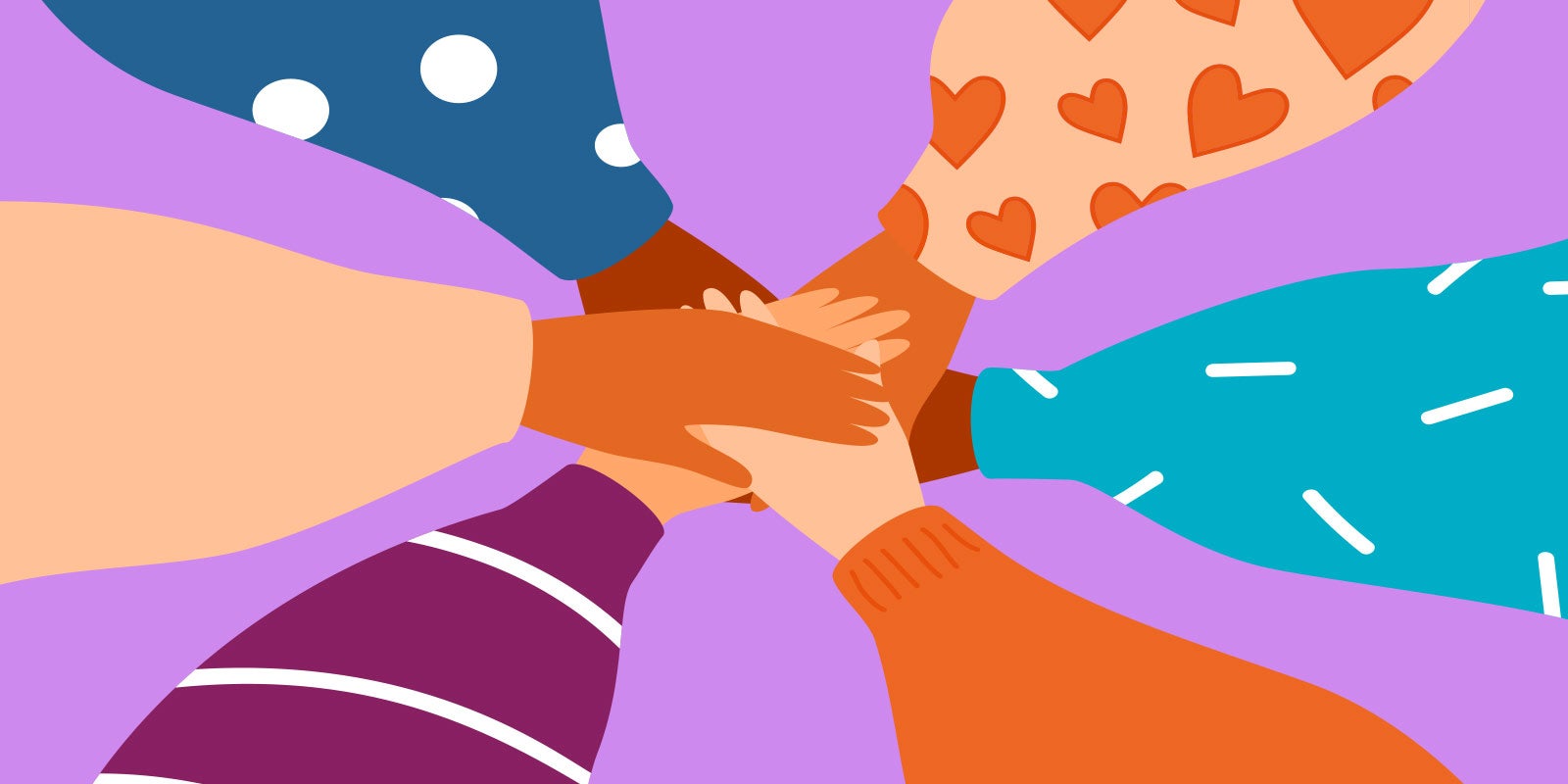 Last month, Cynthia Perry penned and posted her Salesforce resignation exit letter. In it, Perry describes a toxic workplace situation. One where she, a woman of color, experienced a culture of exclusion characterized by microaggressions and a lack of workplace equity. Perry shares that in her role as a senior manager, she was “gas lit, manipulated, bullied, neglected, and mostly unsupported” during her time at the company. It’s clear that many leaders above her never learned how to be an ally in the workplace.

And Perry tried everything to stay. She shared her experiences with HR. Declared her concerns to leaders. She also made many unsuccessful attempts to find workplace allies that could help her improve the situation. But Perry ended up leaving the company.

As a result, she lost out on a career opportunity that once excited her. And Salesforce? They lost a highly talented leader who worked to improve what she saw broken around her.

While the viral attention earned by Perry’s letter is unique, her situation is not. Unfortunately, for marginalized voices—especially women, BIPOC, folks in the LGBTQ+ community—this type of experience is all too common. Cultures of exclusion are ubiquitous, to the detriment of both employees and their employers.

The Risks of Exclusion

According to DDI’s Diversity & Inclusion Report, which surveyed more than 15,000 leaders and 2,000 HR executives, only 27% said they feel inclusion is a strong part of their company’s culture and values. And only 22% of leaders reported that they challenge themselves and others to recognize and eliminate biases. This lack of inclusion is causing disproportionately high turnover rates among members of historically excluded groups.

Forty-five percent of women executives said they would likely need to switch companies to advance, compared to only 32% of executive men. Similarly, racial and ethnic minorities were much more likely to say that they plan to leave within the next year. This is especially true among senior-level minority leaders, who are more than twice as likely to leave as their non-minority peers.

Not only is it indicative of a failing diversity, equity, and inclusion strategy, turnover of diverse talent hurts the bottom line. In the report, we found that companies with above-average diversity are 8X more likely to be in the top 10% for financial performance.

A Key Message for HR and Leaders

While exclusion is common, with strong leadership, it doesn’t have to be. There’s something to be learned from Perry’s story. In fact, she makes the call to action quite clear. Perry writes, “I wish that leaders stood up for justice and workplace racism and protected the vulnerable.”

The key message for HR and leaders alike is this: believe and act upon feedback when things are wrong. To listen to, empathize with, and validate equity, diversity, and inclusion-related concerns is important. But to then act upon them to make things better is the standard we as individuals and companies should hold ourselves accountable to.

In short, we should each be showing up as a strong ally at work. We’ll discuss how to be an ally in the workplace—but first, let’s define workplace allyship.

What is a workplace ally?

To be an ally is to be in an active state of partnership. Specifically, allyship is the act of using one’s power, position, or privilege to uplift others.

Why does this make a difference? Let’s take men leaders who are active allies to women as an example. Men—who are disproportionately represented in leadership positions—will often use their influence to advocate for gender equity or a particular woman colleague.

In these cases, the man is in a perfect position to be an effective ally because a) he is in a position of power where his words have sway, b) given the disproportionate representation, it is likely he is influencing other men who will relate to and thus listen to him, c) he does not personally benefit from his advocacy, so it will seem objective, and d) he is unlikely to face serious personal consequences for speaking up.

Unfortunately, as Perry points out in her resignation letter, workplaces have a long way to go before self-advocacy or even in-group advocacy have consistent, sticky impacts. Perry makes this point herself.

She recalls that, at a young age, she learned that when treated unjustly, there are limited options for a response: 1) “Walk away,” 2) “Walk away and say something,” 3) “Walk away and take action.” The fourth option, which is rarely available, and, in the end, was not available to Perry at Salesforce: 4) “Say something, justice prevails, stay.”

As workplace allies, part of our job is to co-create a society where less allyship is needed. Part of being a partner in equity is to correct the conditions so comprehensively that advocacy in partnership with marginalized groups is less commonly needed. To be a better ally, work to change the culture so that anyone, regardless of identity, is treated fairly. And when injustice occurs, it is believed, listened to, validated, and fought for.

Thus, to be an ally requires consistently showing up. And not once, not twice, not just when it’s easy, but every time, until our society is equitable. The article, Male Allyship: A Cultural Mind Shift, says it best, better allyship “is not a one-time transaction but instead an ongoing engagement. Allies must repetitively evaluate their own behaviors and purposefully engage in the search and implementation of strategies and actions to create more equality.”

While all allies have a few things in common, namely, using privilege to uplift others and showing up consistently, there are several different approaches to being an ally. There are also best practices for how to be an ally in the workplace, which we’ll also get to below.

What it looks like: Sit down with a colleague before a high-stakes conversation to listen to them practice. Then, give recommendations and help role-play particularly challenging questions that may come from the audience.

As a workplace ally, you have an opportunity to uplift others by connecting them to the right people and opportunities. As a sponsor ally, you can help to make introductions to key partners and pave the way for stretch assignments and development opportunities. You can also help to amplify a member of a marginalized group and create visibility for impactful contributions and efforts.

For leaders whose role provides them with the ability to influence organizational policies and practices, allyship is not just an option but an imperative. Structural allies use their position and power to create a safer, fairer, more inclusive workplace.

What it looks like: There are many actions that these allies may take. These include restructuring selection or performance management practices that are riddled with bias. Actions also include creating equity grievance infrastructure for reporting exclusive action, running pay equity analysis, and rectifying discrepancies.

Allies can have power to create equity through the direct reach of their personal, everyday actions. But they can often have the most impact through ripple effect. Cultural allies recognize this truth and create and take opportunities to coach others to be more inclusive.

Cultural allies are also well-versed in “calling in.” What does this mean? They speak up to address exclusionary words or actions (in the moment or after the fact) by providing honest and empathetic feedback while maintaining esteem. Ngọc Loan Trần writes that “calling in is a practice of loving each other enough to allow each other to make mistakes, a practice of loving ourselves enough to know that what we’re trying to do here is a radical unlearning of everything we have been configured to believe is normal.”

By standing up for what’s right, cultural allies can create a groundswell of inclusion by evangelizing others to step in as allies who may not have been motivated to do so before.

What it looks like: If someone is using the wrong pronouns when referring to a transgender colleague, provide feedback to the person who did this to help them become an LGBTQ ally. Teach them to recognize the power of affirming their transgender colleague's true self through language choices.

So, whether you’re a mentor ally, a sponsor ally, a structural ally, a cultural ally, or all four, remember, your advocacy has power. It’s not just benefiting the members of historically excluded groups you are partnering with. But by helping to enable passionate, intelligent people with powerful ideas to gain the traction they deserve, your allyship benefits your company, and, in fact, the world.

What does allyship mean to you?

Ultimately, how to be an ally in the workplace is not about heroism or receiving praise or recognition. Being a workplace ally is not a title you give to yourself.

Layla Saad, social justice activist and writer, famously wrote, “Allyship is not self-defined—our work and our efforts must be recognized by the people we seek to ally ourselves with.” In fact, when allies do give themselves this title, it’s not always representative of the truth.

Being an ally is not a badge of honor to wear with pride. It’s a promise. It’s about listening to what individuals within marginalized communities need. It’s also about recognizing not only your possibility to make things better and fairer but recognizing your responsibility to do so. It’s about rectifying injustice through the avenues uniquely available to you. And it’s about doing so not once, or twice, but over and over again.

Being a workplace ally is a career-long journey, but it all starts with one commitment.

How do you get started with allyship?

Get started with allyship by educating yourself on topics of social justice. And do enough reading and research so that you can notice the unfairness around you. Here are some ways to get started as an ally in the workplace.

Speak with members of historically excluded groups to understand how you can help to correct the injustices that you notice. Then, take action, whether you’re a sponsor ally, a mentor ally, a structural ally, or a cultural ally, and show up consistently to use your privilege and power to uplift others. Seek feedback on your allyship efforts, hone your approach, and show up some more.

Few allies are perfect, but that’s not what’s required. Being a better ally is about having three qualities: honesty, courage, and persistence. Listen to hard truths and learn from them. Be honest with yourself that injustice exists. And that maybe you even benefit from this injustice.

Recognize your power to be part of a positive change. Be courageous enough to act when you have the opportunity to create greater equity. Show up, even when the right answer isn’t obvious, even when it means taking on personal risk. And be persistent even when you’re not seeing progress.

With enough allies partnering with marginalized communities who have been fighting alone for long enough, we will see a fairer, more just society. With more effective allyship, change is not only possible, but inevitable.

For more of our latest research, download our special diversity and inclusion report from the Global Leadership Forecast series.

Sage Krombolz is an inclusion and diversity product manager at DDI, where she spends her days building virtual reality and diversity and inclusion offerings that aim to revolutionize the way we develop leaders. She also chairs DDI’s internal Inclusion and Diversity Council, which endeavors to build and execute a strong I&D strategy for our global workforce. As a used-to-be-philosophy major, Sage is driven to create more introspective, intentional, and authentic workplaces. If she’s not alone in her living room talking to a VR headset, she’s probably thrifting treasures at a secondhand shop in Pittsburgh or color coding her bookshelf.