Why Feedback Fails: Your Guide to Effective Feedback at Work

Learn reasons why feedback fails in the workplace and get tips to help you give better, more meaningful feedback and receive it, too. 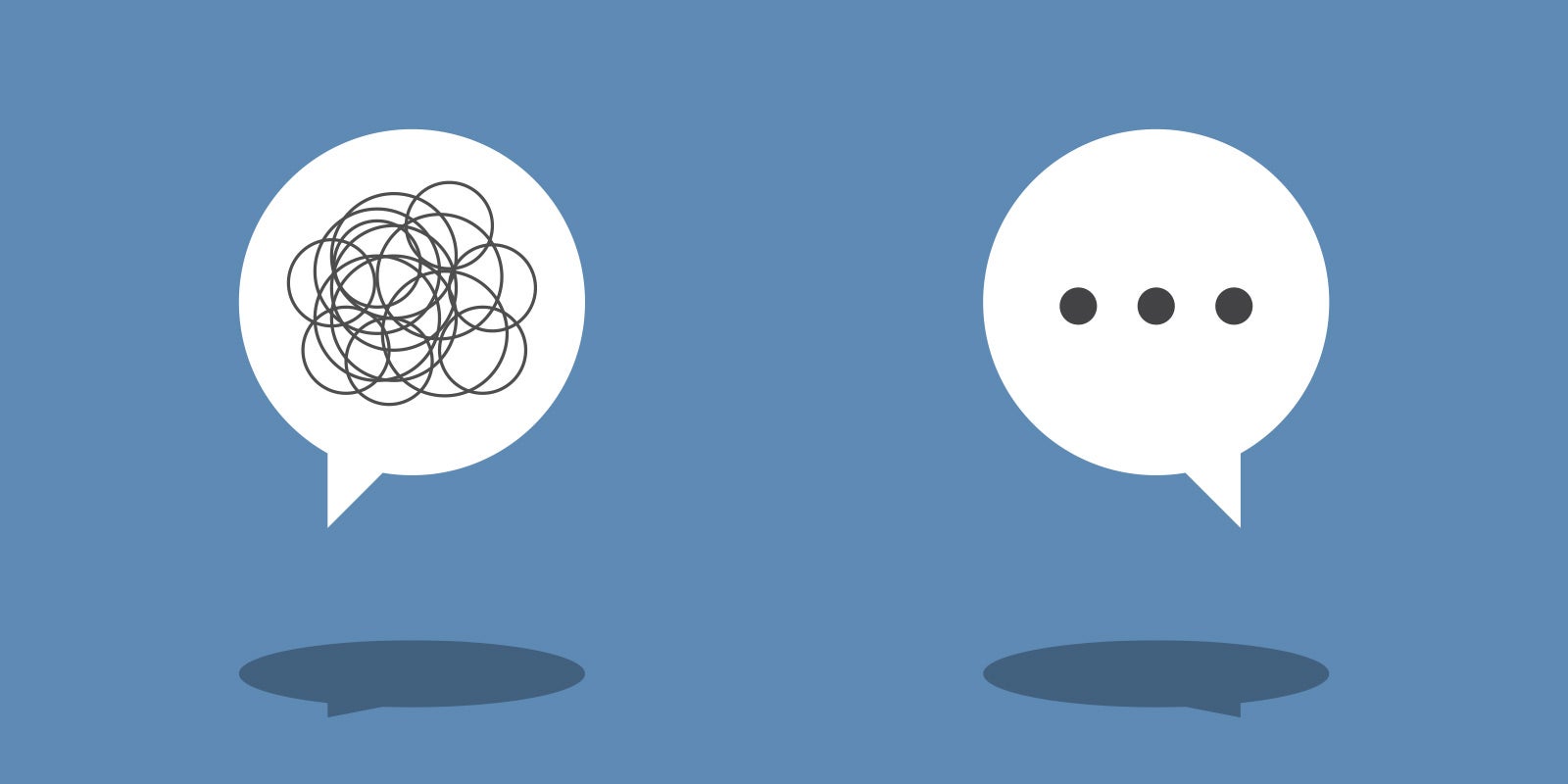 Today’s leaders face a feedback paradox: providing it has never been both more important and more difficult. To understand what to do about this, we need to explore why feedback fails at work.

In today’s VUCA world, companies need to move fast, take risks, and quickly learn from mistakes. This creates a mandate for leaders to provide continuous feedback and coaching to their teams to optimize performance. Yet, many are terrified to do so. When talent is scarce and retention becomes the prime directive, leaders are afraid of giving any feedback that will alienate must-keep talent.

And when things get really tough, those retention concerns extend to lower performing talent. Even though they aren’t doing as well as we’d like, sometimes having someone with passible performance in a role is better than having yet another open position to fill.

To add another layer to the problem, today’s workforce says that to stay at a company, they must see opportunities to learn and advance their career. In a recent study, one out of three employees cited lack of growth as a top reason for leaving. If we’re too afraid to give constructive feedback, how can we help them achieve their potential and see a future with the company?

This is what leaders are up against in the era of the feedback paradox. Everyone is afraid to make the wrong move, so leaders have simply stopped giving constructive feedback and performance issues go unaddressed.

But is there a way to deliver feedback that doesn’t alienate the individual employee—and that maybe even improves morale and retention? I’ll answer this question, discuss other ways you can make professional feedback meaningful, and provide more tips in this blog.

As social creatures, we have a fundamental need to relate to and gain the approval of others. In the face of disapproval, rejection, or negative feedback, our connection to the tribe feels at risk. Threats to our social wellbeing trigger “fight, flight, or freeze” responses just as if we were facing physical danger. You may have seen this in yourself or others in the face of criticism or rejection.

But are negative responses to feedback inevitable? Not necessarily. We need to create an environment of psychological safety, where constructive conversations and feedback aren’t perceived as a threat to someone’s sense of belonging.

As my colleague Julie described in a previous blog, a psychologically safe environment is one in which people feel safe to take risks, speak up without fear of repercussions, and freely discuss what they’ve learned from failures.

In an environment like this, team members don’t fear that they will be penalized for small mistakes or criticized for every imperfection. Instead, a psychologically safe culture emphasizes the importance of growth orientation over flawless performance. Such an emphasis on progress over perfection removes the shame and judgment that is otherwise associated with constructive feedback.

How do leaders create an environment like this? They think with a growth mindset, believing that others can learn and grow from mistakes. This stands in contrast to a fixed mindset, in which mistakes are seen as a result of someone’s limited abilities that are unlikely to change—which results in feedback feeling more punitive and less constructive.

This fundamentally changes how feedback is given and received. When you show that your intent is to help someone grow, feedback is no longer a threat or indictment of their lack of skill. Instead, it is a collaborative process of helping them reach their potential.

Even with that intent, our feedback can veer away from being constructive. To avoid that, follow these four best practices for providing effective developmental feedback:

1. Talk about specific behavior. Describing a specific situation, the action the person took, and the result of that behavior (referred to as STAR feedback) is a great way to help the person understand exactly what to change. This also helps you avoid feedback that is unnecessarily hurtful because it’s about the behavior, not the person.

2. Offer an alternative to the ineffective behavior. It doesn’t help to be told what you’ve done wrong if you’re not sure what the more effective action would have been. Good feedback is clear in what alternative behavior would have looked like and the result it could have achieved.

3. Make it timely. Constructive feedback should be delivered as soon as possible after the situation has occurred. Doing this maximizes the chances that the person will be able to recall the details of the situation, see how your feedback applies, and integrate it to improve their past performance. Saving feedback for performance reviews or a 360 survey can leave people wondering, “If this was so important, why didn’t someone tell me sooner?”

Positively framed feedback, which focuses on what can be gained by improving performance, is more motivating and builds greater trust. It connects the dots from the situation at hand to the person’s broader goals and sense of purpose.

Negatively framed feedback emphasizes the loss or consequences the person could face by not changing behavior. While this creates urgency to improve, it’s rarely a successful long-term strategy because it creates fear and erodes trust.

Meaningful feedback requires emotional intelligence. If you can tell someone is feeling vulnerable or defeated after a setback, chances are they are all too aware of what went wrong. When this happens, you can focus on providing support and framing the setback in the bigger picture of their learning and growth (without minimizing or downplaying the situation).

How to Accept and Use Feedback

Creating a feedback culture starts with leaders. The best way to start is for leaders to regularly reflect on their own performance and ask for feedback. It’s hard to mistrust people who put their trust in you. So a fast path to creating openness to feedback is leaders asking for it themselves.

This also provides a platform to role model feedback receptivity. Leaders can listen without interrupting, ask clarifying questions and summarize to show they’re listening, and thank the other person for their feedback. For an even greater impact, they can circle back to the person who provided the feedback at a later date to share how it helped them.

Another way to get started is to establish feedback habits. An example of a feedback habit is making a point after any high-stakes event (e.g., an important meeting, the conclusion of a project, etc.) to ask what went well and what each person would do differently next time.

I was once on a team that had a “risk of the month” contest to encourage bolder, more courageous action. We each nominated ourselves, which removed potential risks to psychological safety. Often the winner was someone who took a risk that didn’t pay off. We would discuss the risk taken and reflect on how it played out. No one felt attacked. In fact, we felt celebrated for having the guts to try something new and challenging.

This normalized open feedback. It changed the calculous of how safe it was to talk about mistakes. It became obvious that keeping a white-knuckled grip on appearing perfect would never be as celebrated as showing vulnerability and willingness to make mistakes, talk about them, and learn from them.

One reason why feedback fails is when it doesn’t come from a place of support. It also fails when the person receiving it feels like they’re being punished, attacked, or put under a microscope.

So, maybe there is a way around the feedback paradox after all. When we deliver well-constructed, well-timed, and authentic feedback in a psychologically safe environment, everyone wins. Leaders can optimize individual and team performance. Employees can better navigate their career path and grow within an organization. And the company benefits by improved performance and a workforce that is more likely to stay.

Per Gallup, it takes more than a 20% pay raise to lure most employees away from a manager who engages them. This means that leaders who can engage their employees by focusing on their growth and bringing out their potential may be the best retention strategy your company has.

Learn how continuous feedback boosts learning and makes development a way of work in our on-demand webinar, Transform New Skills into Leadership Habits.

Mark Smedley is a Leadership Advisor for DDI. He is passionate about helping organizations hire the best leaders, build their leadership bench strength, and make leadership development a way of work in a fast-paced world.