How We Did It: Improving Employee Coaching and Development 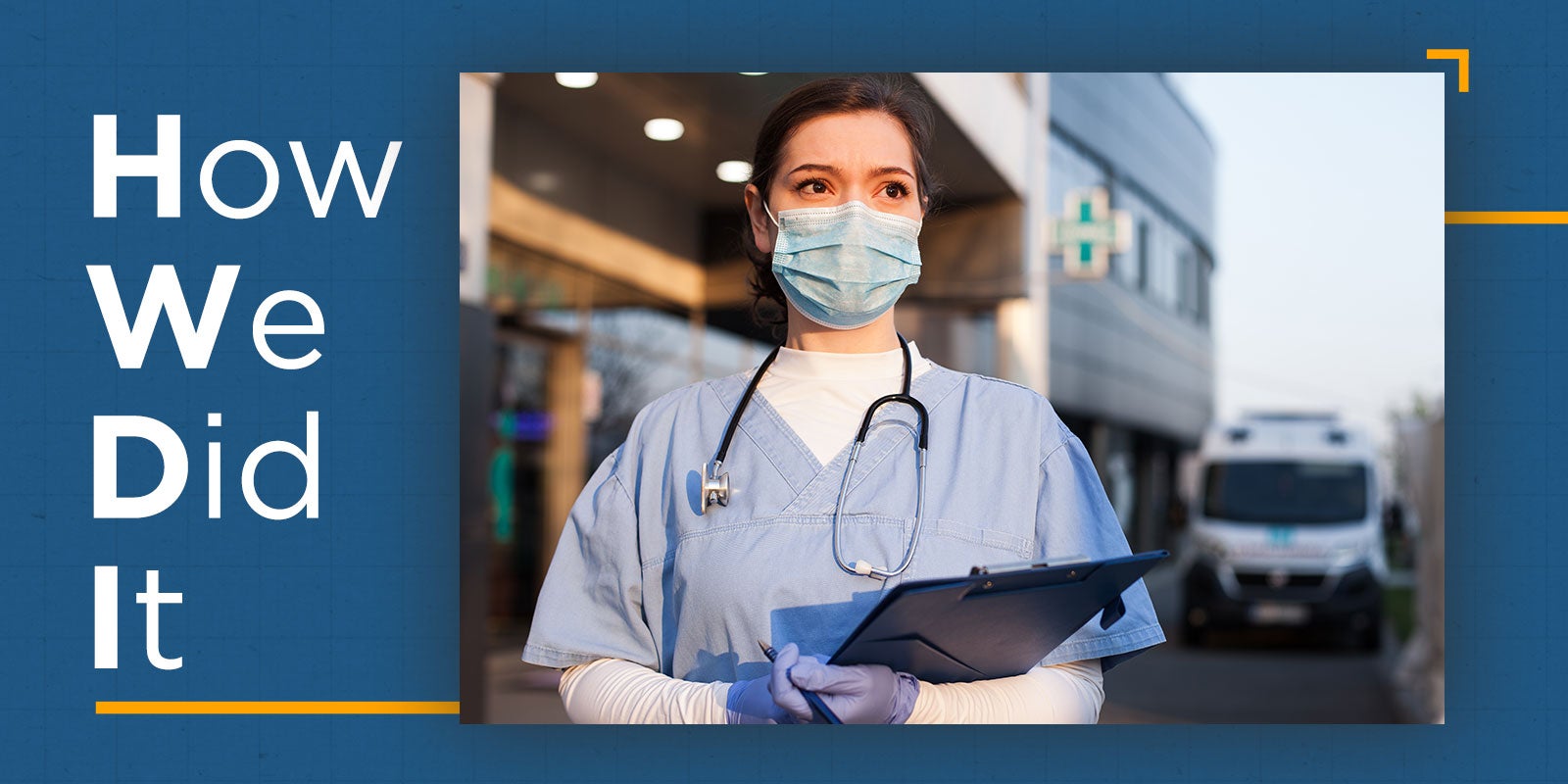 A healthcare system needed to drive behavior change in its leaders to improve employee engagement, a key part of their strategy to reduce the cost of care 5% over 5 years.

72% improvement in mid-level leadership skills in coaching and feedback. Overall, saw improved leader engagement and financial performance, even after weathering the global pandemic.

It was motivating for leaders to practice interacting with a difficult report and give coaching feedback in a safe environment—and these practice exercises really helped them to master skills.

In this How We Did It  video, Scott Wolf, consultant, shares how one healthcare system turned to DDI to help reduce the cost of care over time by improving employee coaching and development.

The organization partnered with DDI to provide leadership development content to build skills around communication, coaching, and feedback at all levels of leadership, starting at the top. But mid-level leaders were struggling to show these key skills, and needed more practice.

Learn how the organization used virtual leadership simulations and deep practice sessions to help mid-level leaders practice their skills and change the way they lead their teams. Not only did the leaders improve, but the program paid off in ways they didn't expect.

I'm here with Scott Wolf, a consultant with DDI and Scott is going to share a really great client story with us about how to really build a coaching culture and make that coaching culture come to life, which is a goal for so many of us. Welcome Scott.

Well, thank you, Beth, for the opportunity.

So tell me a little bit about your client and how they dealt with building a coaching culture.

Yeah, certainly. Well, this is a healthcare system and before they even got to the point of building a coaching culture, they had to figure out, well, what problem are we trying to solve? Their mission that they were ultimately going after is, to reduce the cost or the price of care by about 5% over five years. That was pre-COVID.

You can imagine engagement through that is quite difficult to keep up and keep moving forward. And that was the second problem that they wanted to do and address not only to reduce the price of care, but also increase their baseline of engagement up from the current level, which was okay, but it wasn't where it could have been.

So that led them to dive in and figure out, well, what can we do to help with the engagement, help with driving some of the change and help us to ultimately keep moving forward to reduce the cost of care.

They came to us and looking for some of our content, modules around coaching, providing feedback, better communication skills, but they felt something was missing, which led us to take it to the next step. But they realized though, as they rolled out this training that, there were complaints that they would often hear from people saying, "Well, that's great and all, but my leader will never demonstrate this." Really required us to shift our approach to figuring out how are we going to build these skills, these coaching skills?

So, what we did is a couple things. One is, we went and we started from the top. We had the luxury of a senior leadership team who is on board with this, especially around the mission and saw the connection. So we started with them with isolated groups and even using the foundational skills. We didn't assume that the senior leaders had those foundational communication, coaching, and feedback skills. So we built them up first.

Then secondly, what we did is, we kind of triaged it from there and we went down to the next level. So we had the senior leadership team actually teaching some of that content along our side and helping to talk about that content and that topic in relation to their current environment and current projects. That gave a little bit more credibility to it.

The third iteration that we went and took is, that we knew that we were making good progress, but we saw still from the frontline they're saying, "We're not seeing it from our leaders," which said to us, the middle was a problem. The middle was the director level was where the biggest gap was. So that's where we figured, "How do we shift in and give them more practice?" Because we gave them some of the tools, but it was practice because we knew that it wasn't a natural inclination for them to move forward with doing good feedback conversations, being open and candid while managing and maintaining esteem.

So some of the tools that they leveraged through that process were our virtual simulations. These are practice exercises where they go in and in the comfort of their own home, in their own room, without anyone watching, they're practicing interacting with a difficult direct report who they have to give coaching feedback to. So, while they're not talking in the simulation, they're indicating the type of response that they see as most effective and they get feedback at the end.

And what we heard from them was, "Ah, this is almost like a game," and they wanted to figure out how they can master it. So that was one key for us is like, "Okay, we're figuring out what motivates them, what drives them and that's solving the problems. "So that was another step that we took, but we still had to go further because we weren't seeing the type of changes that we really needed to see.

So we created simulations, really quick and easy simulations that were based on their environment. For example, a cost reduction that impacted people's time on the job. We gave them instructions for the participant and then we had a role player in there being the more difficult direct report that was having difficulty with this change.

What was neat is, we were able to go in and in about 10, 15 minutes and do these actual skill practice simulations. We recorded them so they could watch them and see and we went through and using our assessors and we trained their clients, the client OD team to do some of the evaluations themselves.

It really gave us a chance to observe the individual and give very specific feedback around the skills that they were applying and doing well in and the skills that they were really struggling with. That really helped to say, "Hey, you've mastered some of these skills for a certain group. Keep doing. Keep doing it. Here's some additional resources." Those that were still struggling, we were able to isolate and be able to pull in and do more of learning labs, where we were doing additional skill practice.

What struck you as being really innovative about this approach? What was different than the way other organizations have approached this or ways that maybe you approached this with other clients before?

The triaging out from the executive team. What this organization was really committed to is, making sure they were walking the talk. So the CEO, even in particular, was like, "I'm not going to ask my people to go through a simulation that I have not done."

Just looking at their engagement, because they had a goal to move up about eight or nine percentage points in their engagement survey, which they were able to accomplish. Now, where they are in the midst of their journey and going to the reduction of costs for service, that's a five-year journey, but they are doing better financially, especially as they've gone through and weathered COVID.

Everything was put on hold for them to a large degree, when it comes to measuring and really diving into the depth of this, because they are on the front lines and managing everything related to the pandemic. However, one of the results I think is most relevant is, still seeing some of those tools and resources being go-to's for them.

The other piece that was intriguing on this is, how we are seeing them looking at how they're making external hiring decisions. They're doing similar types of simulations using Leader3 Ready and executive assessment to bring in critical roles. To me, that's a result that they... it's less of a hard measure, but it's more of a lead measure to say, they're seeing the need to be focusing on objective data, to be able to make some of their decisions on who gets promoted or who gets hired, similar to how they were using that data to figure out where do we spend more time in driving some of the development.

That's great. So they're becoming a more data-driven organization overall as the result of part of this program? Those are great findings and it sounds like they've really achieved some significant culture change.