Why Executive Leadership Skills May Require “Unlearning” Past Success

Success in the C-suite means picking up a new set of executive leadership skills. What’s led you to success in the past won’t work anymore. 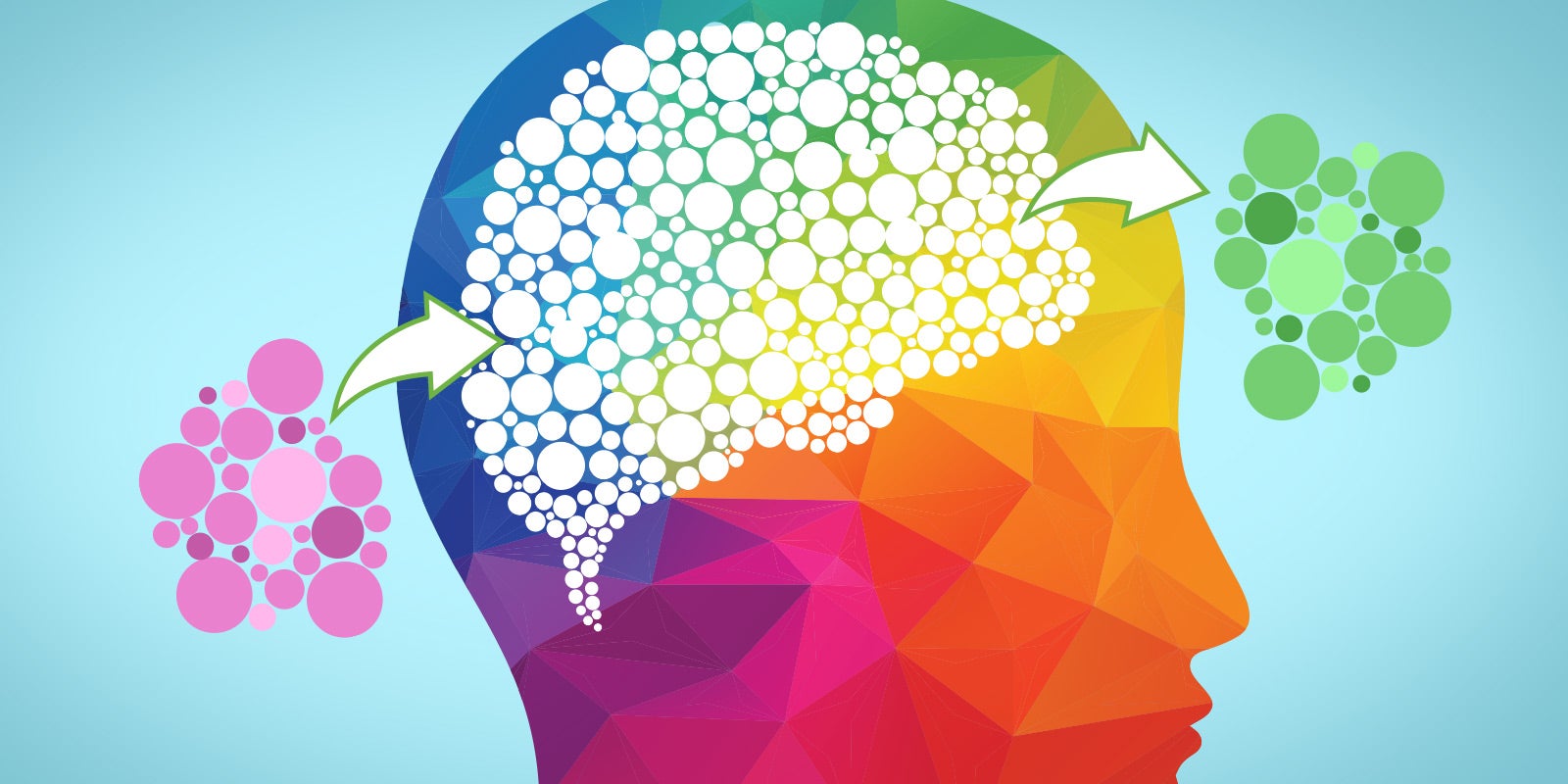 The C-suite is a coveted career destination for ambitious leaders. But once they get there, many find out that it’s nothing like what they thought it would be. The C-suite demands a new set of executive leadership skills, which often conflict with the skills that have made them successful in the past.

Many executives aren’t ready for this. They knew that the C-suite would demand more from them. But what they didn’t realize is that they may no longer be able to rely on their strengths. In fact, some of their strengths can become liabilities.

A few years ago, I was speaking with one such executive who found himself way out of his comfort zone in a C-level role. The demands of the job took him away from tasks and responsibilities he had always enjoyed. “I don’t do any work anymore,” he said to me, in frustration.

Instead, he was being judged on a whole new set of executive leadership skills. And it’s a common problem across the board. But it looks a little different for different leaders.

One of the common issues we see is the person who got to the top because they are exceptional at executing, but struggle to build emotional commitment to their projects.

I worked with one executive in the manufacturing industry just like this. He’d worked his way to the top by being one of the smartest guys in the room. He was an analytical perfectionist who was always coldly driving for execution.

Earlier in his career, he’d gotten feedback that his focused style sometimes left dead bodies in his wake. So he learned how to listen and be more inclusive of others’ ideas. He also took special care to monitor how hard he drove people, so he didn’t demoralize his team. He had become a boss’ dream: he always executed on his objectives on time and under budget. And he was as reliable as a Swiss clock.

But when he got to the C-suite, his usual approaches to success fell short of the executive leadership skills he really needed. While he was better at including others, he was still viewed as detached, unemotional, and worse, uninspiring.

Another executive was the exact opposite. In terms of his interpersonal skills, he was a rock star. He was engaging, animated, and emotionally expressive. Everyone loved him. He was one of the nicest guys I’ve ever worked with. I immediately liked him when we first met.

He also told great stories. He was smart. And he had led his B2B division to record revenues and profits. He was so humble that he said it was presumptuous of him to give others direction.

His leadership style was leading through consensus. And he hired people he believed were smarter than he was. Then he facilitated thinking sessions to create incredible plans that led to wonderful results.

Now, on the cusp of being promoted to the C-level, his executive leadership skills were called into doubt as the company’s success plateaued. He might be the leader everyone rallied behind, but did he have the strategy and vision to right the ship?

These examples are of leaders who built their careers on a set of leadership skills that delighted their bosses, dazzled their customers, and, at least in one case, created incredible loyalty. However, now their strengths—their bread-and-butter skills—became drawbacks as they approached the C-level. They kept relying on the same strengths that got them to the top, but those skills just weren’t working anymore.

Not Just About Learning New Skills

The above stories are common variations on a story that is brilliantly captured in Marshall Goldsmith’s book, What Got You Here, Won’t Get You There. I have referred this book to countless executives and leaders in all types of organizations.

Most leaders understand that learning new executive leadership skills is incumbent at every career turn and transition. The challenge at higher organizational levels, however, is not just to learn new skills. Many times it’s also about stopping the use of old ones, including those that represent strengths.

This is easier said than done, of course. Abandoning the reliance on our strengths is a tremendous challenge for most of us. Imagine being a right-handed pitcher, and now having to throw left-handed! Very awkward, if not impossible.

So how does one become a left-handed pitcher when you got to the major leagues by being an effective right-hander? That is, how can a leader make the change from relying on his or her strengths to step up to the demands of a new role at the C-level?

There are three critical steps that we encourage all senior leaders to take:

1. Get feedback on how you’re performing, leading, and inspiring.

Feedback can come in many forms, but we strongly believe in getting 360-degree feedback, in the form of ratings, from your peers, direct reports, and managers. Many companies use 360-degree tools. But if your company doesn’t, you can create your own in partnership with your HR team.

An important characteristic of 360-degree feedback is that it is anonymous for your peers and direct reports who are rating you. It is important that everyone you are asking for feedback from can feel safe giving constructive criticism.

2. Use the feedback to create a behavioral development plan—and share your development goals with your raters.

Then, get additional feedback from your raters on a regular basis, usually quarterly, on how well you’re progressing on the new behaviors. There’s nothing like peer pressure to keep us motivated to make changes.

3. Have someone (usually your boss, the board, or someone you must answer to) evaluate your progress toward the stated goals of the business.

Making changes that don’t lead to success toward the organization’s objectives amounts to little more than expensive navel-gazing. So, make sure you’re getting a return on your investment of time in the change process.

The manufacturing executive followed these exact steps, which resulted in him changing (for the better) his basic approach to his work. He stopped trying to be the smartest guy in the room and refrained from always sharing his opinions. He also learned to more openly express his emotions and to laugh more often in the workplace.

Making these changes allowed him to influence through his relationships instead of through his thoughts. Since his transformation, he’s helped his company make tremendous strides in bringing parts of the organization together that historically had been at odds with each other.

The other executive leader, meanwhile, arrived at a career crossroads. One of the most important lessons he had to relearn was that just hiring smart people to augment his weaknesses, while sometimes still a good strategy, is not always going to work at the senior-executive level. As a C-level leader, he could no longer just be a facilitator of a brilliant team. Instead he would need to lead his team through implementing new strategy.

He also would have to direct people on what to do and sacrifice his universal popularity by making some unpopular decisions. In his case, he decided to not take on the C-level role because he felt more comfortable in his current role.

In the end, he decided that he didn’t want to be a left-handed pitcher. He felt strongly that continuing to apply his bread-and-butter skills was the best way to help his organization succeed.

Executive Transitions Don’t Have to End in Failure

But not all leaders are able to make the choice, or know enough about their leadership style, to stay back and not take the leap to an executive role. Many more leaders decide to make the jump, only to be shocked by how difficult the C-level transition is. And many, many don’t make it successfully. In fact, about half of executives fail within their first two years.

So, while it can be incredibly risky to move to the C-suite, and incredibly common to fail, it doesn’t have to end that way. What if C-suite candidates show what they can do in an executive-level role before they take it on? And even better, what if they know their strengths and development areas in the context of the new role ahead of time? It will be harder for them not to succeed.

Learn how DDI can help accelerate your next generation of senior leaders.

Richmond Fourmy, Psy.D., is an executive consultant with DDI, focusing on CEO succession and leader development for national and global companies. Richmond is a clinical psychologist who started out in the psychotherapy world, before moving to the corporate sector 30 years ago. He has consulted to and coached senior leaders across multiple industries, and he considers himself fortunate that his clients have asked him to travel to five continents and countless countries. When he’s not pursuing his passion for live music, Richmond can often be found standing in a river fly-fishing or wandering the Blue Ridge Mountains searching for the perfect view.