Three Dangerous Myths about Unconscious Bias in the Workplace

Unconscious bias in the workplace is an increasing problem. As companies make diversity and inclusion a priority, still bias affects talent decisions. 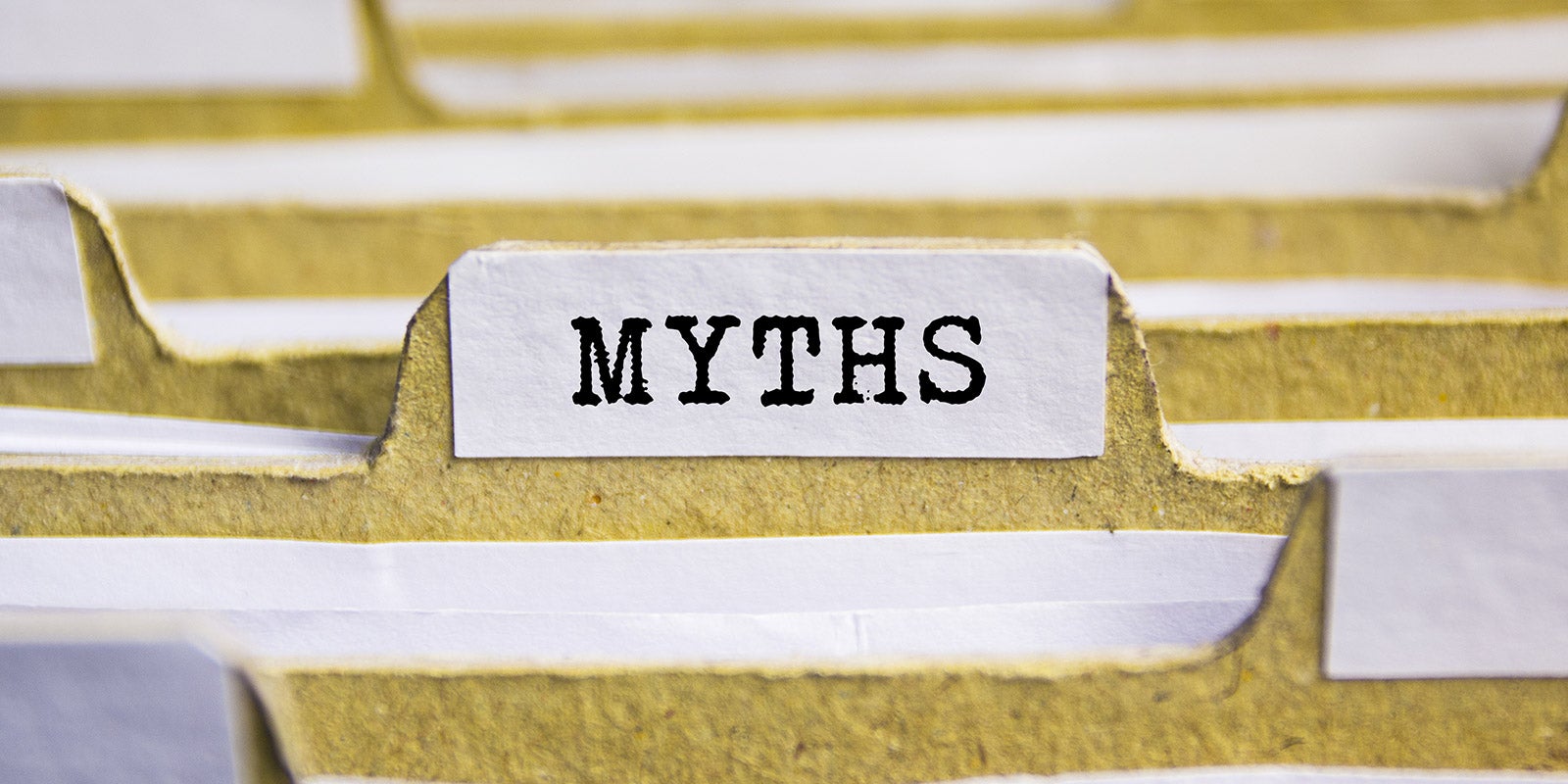 As companies increasingly prioritize diversity and inclusion, they know unconscious bias is a big problem. It impacts the decisions leaders make every day. And the results are devastating as most companies struggle to achieve diversity among their leaders. And still, they don’t want to talk about it.

So it’s time to talk about it. In a previous blog, my colleague Julie Yoon wrote about seven types of unconscious bias that affect everyone.

We'll cover a broader area by looking at three dangerous myths about unconscious bias in the workplace. Everyone must be willing to confront and debunk these myths to address bias problems.

Myth #1: Not everyone has biases… especially not me!

If we say anyone always makes bias-free decisions, we're not acknowledging how our brains work. Cognitive neuroscientists estimate up to 95 percent of brain activity is beyond our conscious awareness. Furthermore, only about 5 percent is generated in a conscious manner.

Mental shortcuts have advantages. They help us filter large amounts of information, quickly sorting it based on our past experiences.

Problems happen when those shortcuts lead to biased decisions and behaviors.

For example, you probably don’t think height or gender have anything to do with leadership ability. But an analysis of Fortune 500 CEOs revealed that 58 percent were six feet or taller.* Also, it found just 7.4 percent of CEOs were women,** while overall, women are 57 percent of the workforce.

So, we've uncovered a blind spot where bias crept into decisions. We’d like to believe we pick leaders without bias. We believe we’d choose the most qualified person with the best vision for the company, but data shows otherwise.

Without realizing it, we answered the question, "What does a leader look like?" In a way, it steered us to choosing leaders with the same characteristics as past leaders, such as tall, white men.

Several years ago, I worked with a healthcare system as they were looking to promote some operational leaders into more strategic roles.

Unfortunately, negative comments about the women candidates ran rampant. Someone justified their decision by saying, "she doesn't have executive presence." Another explained, "she has a growing family, so I doubt she'd want this job."

But the biggest surprise came when I realized both female and male panelists made these comments equally. Huh?

The stereotypical explanation we sometimes get is that it’s because women executives feel threatened by other women. Not at all.

Rather, this is the truth about bias. These stereotypes are deeply ingrained in all of us, even about ourselves. We just don’t realize it.

With that in mind, this myth is one of the most harmful about unconscious bias. If we think bias shows a desire to discriminate, it instantly causes feelings of guilt and shame. These feelings lead to defensiveness and denial, not positive actions or course corrections.

Instead, when we recognize that unconscious bias influenced a decision, maybe we should feel good about the fact that we’ve recognized it. This makes it possible to correct ourselves, decreasing the chances of making the same mistake again.

Myth #3: HR can only reduce the impact of unconscious bias through training.

Companies invest millions to lessen the impact of bias on hiring and promotions through training initiatives. It's a good first step, but it's not enough to solve the problem.

I'd compare merely becoming aware of unconscious bias to getting a high cholesterol diagnosis. In this case, the doctor would bring your condition to your attention and offer suggestions, such as adjusting your diet, exercising, and possibly medication. But if you ended your treatment as soon as you finished the first appointment, how successful would you be?

Honestly, you probably wouldn't be too successful. It's an ongoing process that requires monitoring, guidance, and accountability. Without accountability, it's easy to fall back into old habits. It needs managed.

Likewise, understanding bias requires more than just being aware of our own habits. Unconscious bias happens outside of our own consciousness, so it can't be eliminated. It needs to be managed through ongoing discussions, training, and processes.

Managing unconscious bias in the workplace

So, how do top companies manage bias? They offer disrupters, which are systematic processes that manage the impact of unconscious bias in the workplace.

With the right systems, companies can reduce bias and promote a diverse and inclusive environment.  This includes things like unbiased talent reviews, use of assessments to make fair and equitable hiring decisions, and a sustained focus on developing inclusive leader behaviors.

Altogether, these components play pivotal roles in best-in-class talent functions, regardless of the intent to reduce bias. We may not be able to completely eliminate unconscious bias in the workplace, but with the proper steps, it can be managed and mitigated.

DDI can help you reduce bias in your talent processes and create a more inclusive environment that overcomes bias. Learn more about how our interviewing, assessment, and development programs can help by visiting our Diversity and Inclusion page.

Mark Smedley is a Client Relationship Manager for DDI. He works with healthcare organizations to design and implement their leadership strategies.