Seven Types of Unconscious Bias That Affect Everyone

Everybody is biased, even if it's not on purpose. Here are the seven most common types of unconscious bias. 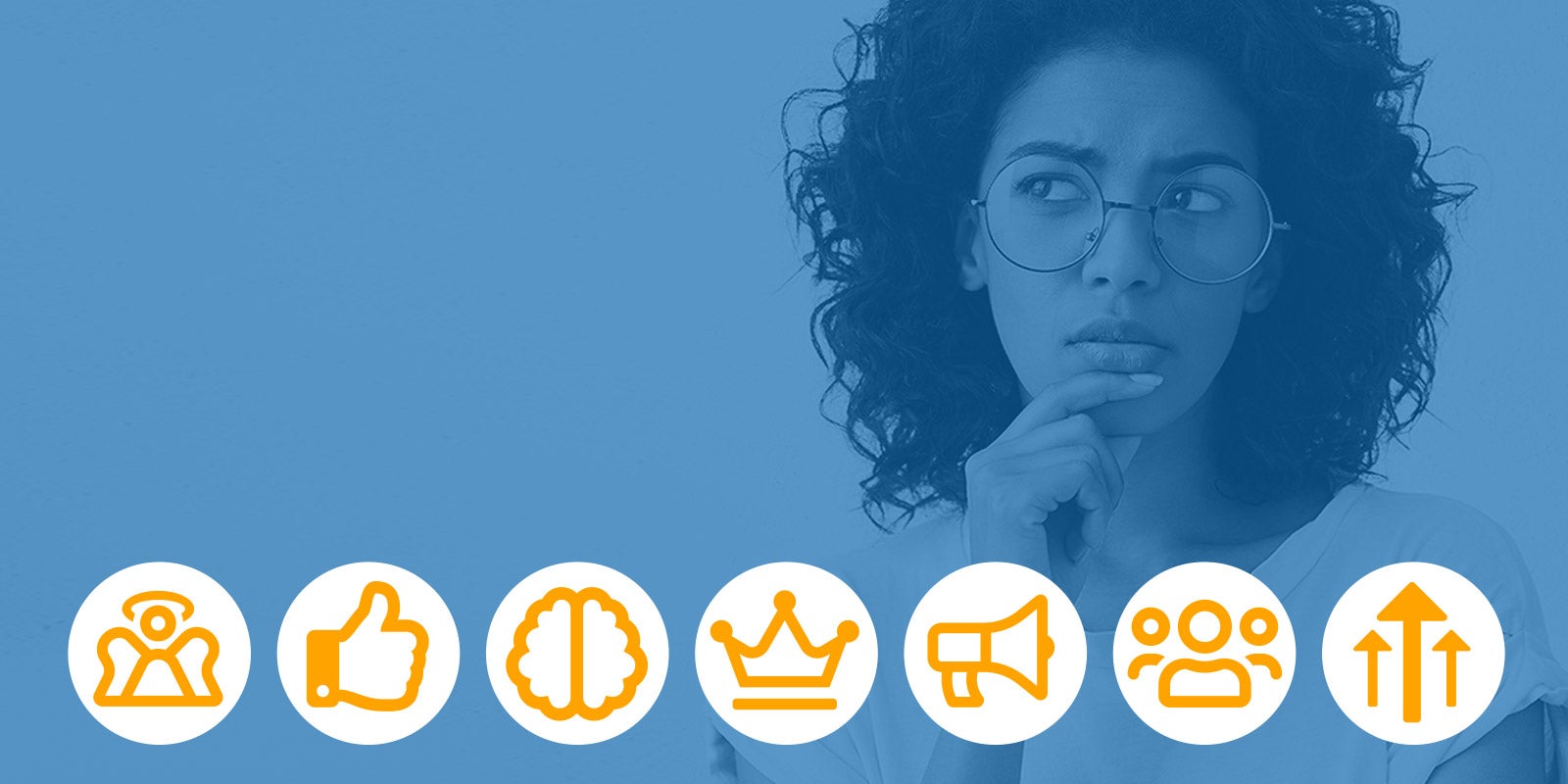 Despite your best efforts at diversity and inclusion, you haven’t seen results. Why? Well, it could mean that several types of unconscious bias may be at play.

Of course, no one wants to admit they’re biased. We’re better than that! More informed! But every human is biased. Biases are natural developments based on our individual backgrounds and experiences. We can’t help it.

Our brains are wired to navigate shortcuts to help process information faster. We rely on this data to help us navigate the world around us. But these shortcuts can also lead to incorrect assumptions and reactions, perhaps even to stereotypes and prejudice.

Businesses struggle with becoming more diverse and inclusive, especially in their hiring process and when identifying potential leaders.

But it's hard to avoid bias. After all, there are many types of unconscious bias, and they happen all the time. Here are seven of the most common:

Ever know someone who seemed could do no wrong? Teachers, bosses, parents – everybody loved them. Even when they made mistakes, everyone overlooked them. Why? Well, it’s the Halo Error, and it’s one of the most common types of unconscious bias.

It’s easier to make assumptions based on the general impressions of a person and rate everything they do accordingly. But it’s a big mistake.

Bias creeps in when people aren't able to tell the difference between factors that show someone's true potential. Instead, they pick and choose a few memorable examples instead of someone's full track record.

And by the way, the reverse effect can happen too. We might view someone as doing everything “wrong.” As a result, we don’t recognize their good ideas or their potential.

2. The Bandwagon and Authority Effects

We've all known a few “yes” men and women. They'll agree with just about anything other people like to help them fit in. But hopping on the bandwagon means you’re leaving behind anyone who thinks differently than everyone else.

Similarly, people who always agree with an authority figure's opinions are falling victim to the Authority Effect. This type of bias reveres a boss’s opinion, without digging deeper.

However, when it comes to talent, authority figures often make suggestions based on incomplete, high-level information. Lower-level leaders usually have better information to form opinions on candidates and their performance.

Everyone likes to hear that they’re right. So when we hear things that agree with our worldview, we tend to believe them. And on the flip side, we ignore things that contradict our world view.; But that’s called confirmation bias, and it’s one of the most dangerous types of unconscious bias.

As a result, the manager decides not to give them a raise or recommend them for promotion.

Confidence is good, but overconfidence can cause clouded judgement and bias. This happens when people believe their subjective judgments are far more accurate than they are, despite all other information.

Sometimes people just go with their gut feeling, instead of results from tools or assessments. While your gut might sometimes steer you right, data is always more reliable.

Sometimes experts hesitate to make a strong HR recommendation because it's hard to predict potential. On the other hand, an unskilled person might think they know exactly what they're doing and go with their opinion, forgoing any evidence to back it up.

Did you ever run into a situation where someone always seems to be recommending close friends for a job? Even if they don't have the right skills, this person insists their friend would be a perfect fit. That's called Ingroup Bias.

Or what about when someone emphasizes a certain skill that might be good fit, but ignores the rest of their track record? This is a similar bias, known as the Fundamental Attribution Error.

In both cases, bias is created when someone favors another person they can personally identify with. They're looking at the person's shared demographics, background or work experience, not the overall person. Sure, we all like to be able to relate to someone we'll be working with, but just because someone shares similar attributes doesn't mean they're the right fit.

Unfortunately, these types of biases create more of the same and resistance to new ideas.

People stand behind their investments and decisions no matter what, even if they receive information contradicting it. Their refusal to change their minds creates a bias called Escalation of Commitment.

They fuel this bias with a fear of loss by changing direction.

For example, a company invested time in professional development in an employee who seemed like a good fit for a leadership position. As time went on, they realized this employee wasn't exactly the best fit, but they're staying the course, instead of cutting their losses and moving on with a better fit.

Bias affects everyone, even the most skilled and intelligent among us.

And it’s a big problem when it affects our judgment at work.

We live in a world where business is often disrupted. Businesses need a workforce that provides new skills, thoughts and perspectives. These all come from a diverse and inclusive workforce.

With bias being so ingrained in decision making, how do we minimize or eliminate it?

Behavioral interviewing helps eliminate bias by asking structured questions about real-world experiences. It gives the interviewer a true look at how the candidate would handle issues facing their business based on past experiences.

If we want to ensure a diverse and inclusive workplace, we need to provide opportunities and exposure to candidates from groups that are under-represented.

Diversity pays and companies can’t afford to lose their competitive edge by overlooking half the talent pool. Unfortunately, without objective talent processes, potential leaders will be overlooked because of bias.

Discover how DDI can help you foster a culture of Diversity and Inclusion.