Learn the CEO leadership personas needed for success and approaches for helping your CEO master them. 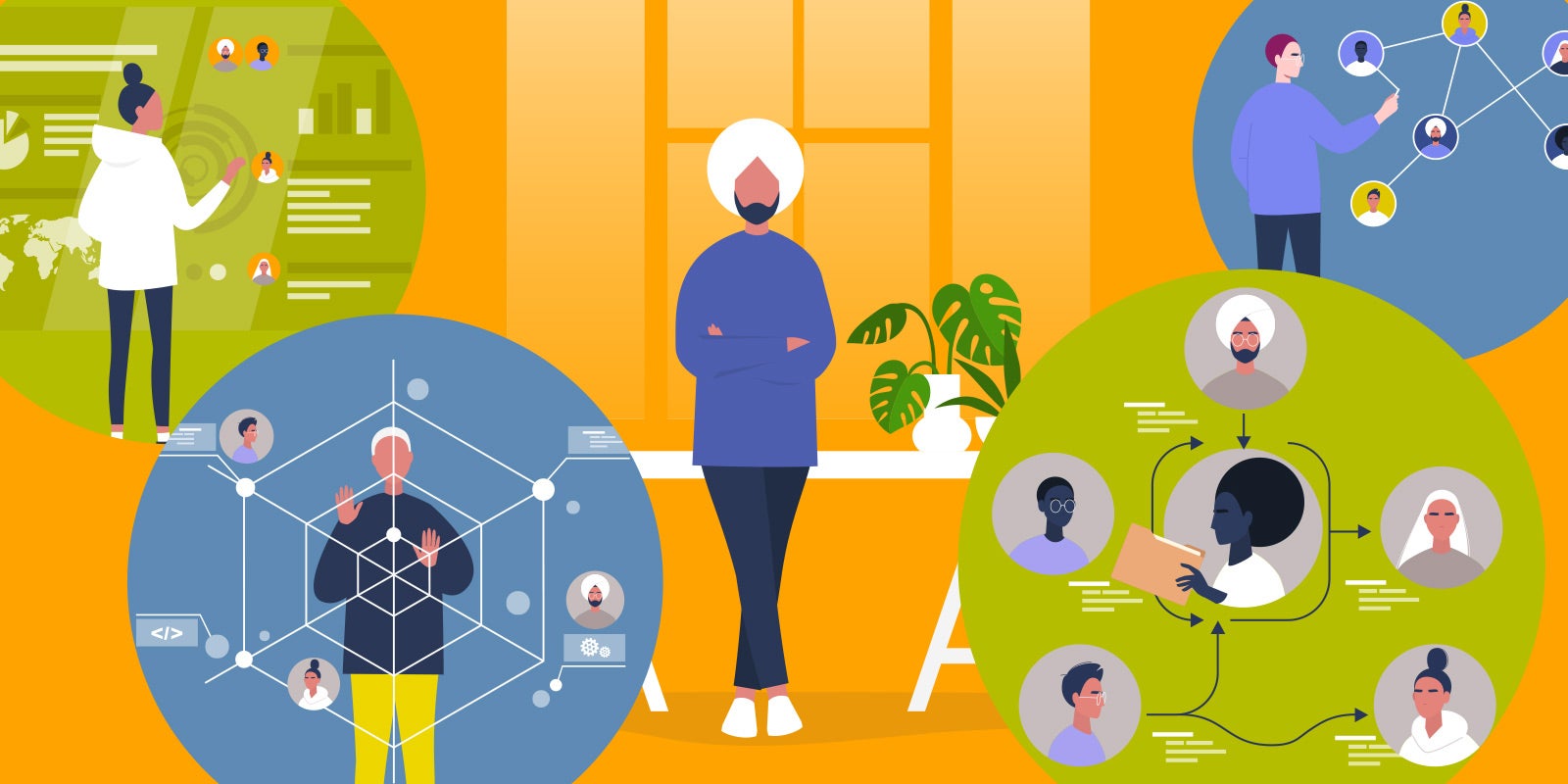 As I’ve watched numerous new CEOs step into their roles, one of the biggest surprises for a lot of them is just how many different hats they have to wear. It’s almost like having entirely separate CEO leadership personas for different moments.

The need for these different personas—all contained within one person—is why it’s often so hard to choose the right CEO. Most CEOs are stronger in some areas than others. In some cases, they are so blindingly strong in a particular area that the board and CHRO don’t see their weaknesses in other areas. As a result, their weak areas don’t crop up until they are already in the role, and potentially struggling.

The key is choosing a CEO that has the experience, range of capabilities, and adaptability to leverage each of the five key CEO leadership personas effectively. So let’s dive into these personas.

Think of the CEOs who can articulate a short, clear statement of where they intend to be in five years. In many cases (but not always), these may be founder-CEOs who know exactly what their goal is, and never waver from it. And they are often darlings of the media—think of Elon Musk announcing his goal to get to Mars, or Jeff Bezos’ intention to be the single online marketplace that sells everything from A to Z.

Of course, being a Purpose-Driven Prophet doesn’t mean that you have to go to Mars or be on the cover of the Wall Street Journal once a week. It means communicating a vision and purpose for the organization that contains clear strategies, goals, and milestones:

Ultimately, this vision is a realistic picture of what is possible—it is not wishful thinking.

CEOs who excel in this persona, leverage talent to strengthen their team and the organization as a whole. The behaviors associated with this are not often as visible as the Purpose-Driven Prophet. But that doesn’t mean this CEO persona isn’t incredibly important.

The CEO as a Talent Architect works at two levels:

While sometimes underappreciated by boards and shareholders, this CEO leadership persona is one of the most critical for building the organization’s future capability and success.

When do you stay the course, regardless of the bumps in the road? When do you recognize that the world has changed, and you need to refocus or reinvent to stay relevant?

This is one of the hardest personas for CEOs to find the right balance in. New CEOs often view themselves as “change drivers.” They try to quickly implement change strategies in large, well-established companies without considering the full implications of what they are trying to do.

At the same time, the list of “worst CEOs of all time” is often marked by those who refused to realize the changing markets and adjust strategy. Think of the infamous case of the Blockbuster CEO who turned down purchasing Netflix in 2000 for $50 million. In fact, he didn’t even give it consideration. He saw it as a joke. Not because he was necessarily a bad CEO, but because he didn’t correctly read the market in relation to the opportunity.

That’s why it’s so hard for CEOs to correctly master being an Agile Strategist. This persona relies on key skills:

Many CEOs struggle to use data appropriately (this may be one of the reasons they have no idea what to do with the chief data officer role). But it’s a critical part of the chief executive officer role, and some CEOs are exceptional at it. They are:

This is the one CEO leadership persona that is an instant disqualifier if the CEO doesn’t have it. When you think of the most spectacular, down-in-flames CEO failures of all time, ethics are often at the center of them. Think Ken Lay of Enron, Chuck Conway of Kmart, and Carlos Ghosn of Renault-Nissan.

In 2019—which saw one of the highest rates of CEO turnover—the primary reason for CEO removal was illegal activities and inappropriate comments or harassment behavior. Social and cultural movements such as Me Too and Black Lives Matter reset the ethical bar.

Missing One of the Five CEO Leadership Personas?

While I’ve highlighted some examples of CEOs who exemplify (or are weak in) specific personas, an effective CEO must be able to step into each of these leadership personas. But few CEOs are naturally strong in all five. They’ll need to be more conscious and deliberate of stepping into some personas, while others may come intuitively.

There are also times when the CEO must simultaneously be embracing more than one persona to be successful. At other times, CEO leadership personas can create tension and require the CEO to prioritize one over the other.

For example, the Data Miner wants more information, but the Agile Strategist wants to move on an opportunity. That tension is healthy, and if combined with self-reflection and review, it leads to learning and improvement.

So, what should an organization or CEO do if the CEO is not effective or is not prioritizing one or more personas? You can always wait to find a CEO who demonstrates proficiency in all five CEO leadership personas (good luck with that). Or, you can leverage some combination of the following approaches:

This approach focuses on closing the CEO’s needed leadership skills gaps and/or addressing the mindset that prevents them from effectively demonstrating that persona. For this to work the CEO must be receptive to feedback and willing to step into their development, not rationalize or defend their behavior away.

Not all CEOs realize their breadth of capabilities are the team capabilities. If they are weak in one of the personas, they should unleash or further develop their Talent Architect to leverage the capabilities of those around them. And in doing so, they will also build their own skill. Many of the successful CEOs I worked with were actually in great partnerships with one or more members of their leadership teams and/or boards.

Personality or motivational factors can get in the way of one or more personas. Personality derailers that have triggers or the CEO’s internal judge can hijack effectiveness. A CEO who learns to identify these and has techniques to take control of themselves versus reacting will be more effective. Also, a CEO who can use effective relationship skills to manage others’ reactions is more likely to build positive relationships.

It is rare for CEOs to be proficient in all five CEO leadership personas. However, CEOs with potential can master these personas with proactive and regular capability assessment and targeted development. As such, "grow from within" CEO succession strategies are preferable to external hires.

If an organization sees no clear internal successors, the organization should bring external talent into senior roles before the incumbent CEO leaves. In doing so, they must comprehensively evaluate the external hires’ capabilities and cultural fit using a robust selection system. Having hired them, they must proactively develop them using some combination of the strategies listed above.

When hiring potential CEO candidates, it is easy to fall into the “past performance” trap. For example, a board wants a CEO who previously “turned an organization around.” So, the board hires a person to be CEO who has done that. Unfortunately, this organization's challenges and culture are not exactly the same. The incoming CEO quickly fails to live up to their reputation. Or, even worse, the new CEO brings a leadership style that works against what currently makes the organization effective.

Successful CEOs leverage their breadth of capabilities and experiences to demonstrate the five CEO leadership personas needed to drive organizational success. And ultimately, the best thing boards can do is have a succession strategy that selects and develops for that.

Andrew Gill is an executive consultant and former US Vice President of Consulting and Delivery for DDI. His work passion is assessing, coaching, and challenging executives to evolve their mindset and get the most out of their development. Andrew enjoys good food, craft brews and distilleries, science fiction, and anything to do with the ocean. One of his personal goals is to walk as much as he can every day.