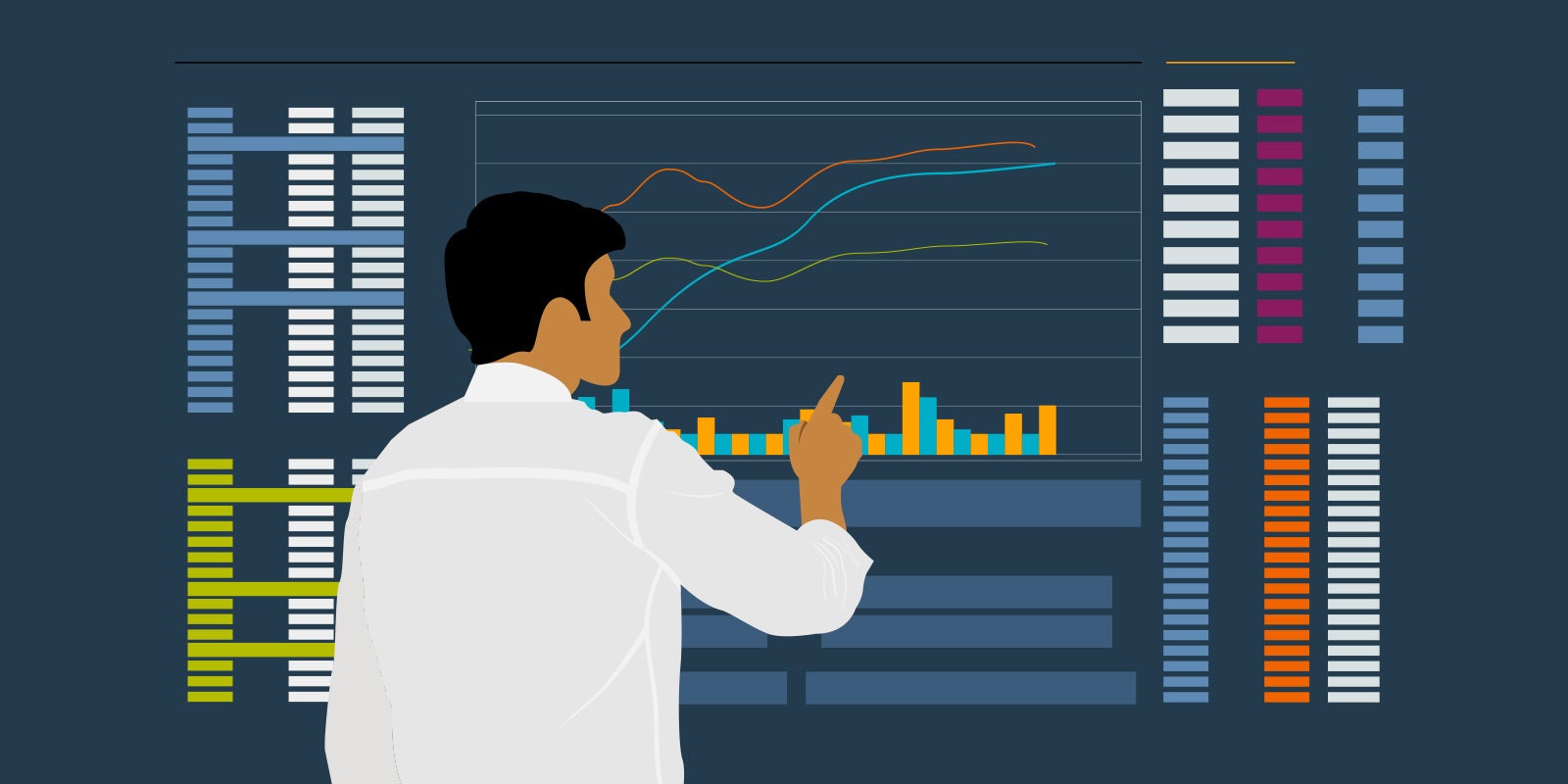 For example, I recently worked with a senior leader, "Maria,” who was disappointed she hadn’t gotten a certain promotion. However, the company wanted to retain and invest in her. So they assigned her an executive coach to help her prepare for a future opportunity.

Before I began coaching her, I asked Maria’s executive sponsor for his view on why she didn’t get the role. He couldn’t quite articulate the problem. He had no issues with her work or her ability to deliver. In fact, they were both stellar.

It was just “something else.”

Fortunately, we had done a day-in-the-life simulation and personality inventories. As I explored the data with the sponsor, something clicked. Suddenly, he could share vivid, dynamic, and impactful feedback related to the assessment results. He was also able to give similar examples from the interview process and her work experience that aligned with the assessment data.

Before Maria’s first coaching session, already the trajectory of her coaching experience changed. Rather than spend a lot of time guessing at what she could do differently, we could focus right away on tangible challenges. And Maria could immediately see her progress and how it would change her path ahead.

Without that data, Maria and I could have been struggling for months to figure out what was holding her back. And we may have never pinpointed it exactly. That’s why data is so important in executive coaching.

In this piece, I’ll cover some of the types of data that you can use in executive coaching, and how you can leverage it for better success.

What Forms of Data Should Be Used for Executive Coaching?

As an executive coach, I often find data to be a valuable place to start the conversation. Here are a few helpful sources of data:

Behavioral assessment can take a couple of forms. It can be a full, day-in-the-life simulation, also known as an assessment center. In some cases, it might also be a targeted, computer-based simulation. Or in some cases, particularly a newly hired executive, you might have data from a behavioral executive interview.

Any of these sources offer objective perspective about the executive’s ability in specific competencies, which is a powerful tool to kick off a coaching engagement. In addition, these assessments offer a unique opportunity to ask the executive to stretch into a role above their own, and get a preview of readiness to take that skill to the next level or to target specific areas for development as part of the coaching engagement.

In my experience, if a person has ever participated in an assessment tool—recently or years ago—the results find their way into our conversation. Leaders crave self-insight about their personality and how it enables or limits them on the job. Exploring these themes can help leaders both leverage their strengths and consider self-management as they develop. Be careful, however, that you are using personality data correctly to generate self-insight, not as a way to limit or categorize people.

A lot of companies use 360-degree feedback surveys to collect data from an executive’s peers, other senior executives, direct reports, and other stakeholders about their current performance.

As a consultant, I encourage clients to ask for robust comments as part of the process. While looking at ratings and comparisons between the ratings of different stakeholder groups, self-assessment and norms are all helpful, commentary that allows a person to hear specifics is always a value-added insight at the start of a coaching engagement.

While 360-degree feedback is most commonly given through an anonymous survey, at the executive level we also conduct them through interviews. This approach provides less broad-based competency feedback, but the real value comes from the coach getting the opportunity to explore the richness of feedback in a targeted way.

By understanding perceptions from the people around the executive, I’m able to get clear feedback about the strengths and opportunities to continue to grow. Even more importantly, I can ask questions to dig deeper and provide some specific details to the executive.

Any tools that offer insight into a leader’s thinking styles, motivations, and preferences or reasoning can be a great kick off to the leadership development process. Coaches often seek out ongoing training and development of their own skills to leverage many tools as part of their coaching process.

There are a lot of advantages of using data in executive coaching, but here are a few of the most important:

1. Accelerating focus by giving them something specific to react to.

Without data, there’s a vast openness ahead as a coach asks questions from a naïve perspective to understand the executive’s leadership or interpersonal challenges.

Instead, data offers a starting place for reflection as the executive hears feedback from multiple perspectives. The executive can then reflect on how the information resonates, or differs, from how they see themselves.

As my brilliant colleague, Barry Stern, writes in his blog about the psychology of executive coaching, the executive is able to “triangulate upon truth.” This truth helps the executive and coach to set realistic, practical, and productive goals for the coaching engagement.

2. Exploring the executive’s self-awareness of their strengths and challenges.

I’ve worked with leaders who, when asked to highlight their strengths, will offer a broad array of areas where they are challenged or development goals that they have for themselves. In other instances when asked to share their challenges, I’ve had some leaders struggle to name one. Having data to discuss, challenge, or even help them celebrate, can be a true gift for a leadership coach.

I worked with one executive who told me in our introductory meeting that he needed to expand his network. That was his goal.

However, after a behavioral assessment and some personality inventories we uncovered that his challenge wasn’t networking so much as a struggle to gain advocacy and support for his initiatives. By focusing on developing relationships and influencing more effectively, along with managing his instinct to always believe that his solutions were the right ones, he was able to make some measurable progress in a very short amount of time.

What to Avoid When Using Data in Executive Coaching

So, are there pitfalls possible when introducing data into the coaching process? Of course!

Here are a few best practices that can help you avoid making mistakes when using data in executive coaching:

Data has a shelf life. Both the coach and the leader need to be committed to using the data responsibly. Assessment data, such as behavioral or 360 results, has a "shelf life." Once a leader has received the results, engaged in developmental efforts, or changed roles, the dynamics shift and the data may no longer be relevant.

Assessment data is ONE piece of information, not the whole picture. The coaching engagement needs to consist of a lot of active inquiry on the part of the coach. On the executive’s part, they need to engage in deep thinking to understand how the data reflects or differs from other data, perception, or insight from other sources.

I worked with one executive who was surprised to find that his interpersonal skills were highly commended from one data point, and another was more critical. He spent more time exploring the cause for the inconsistency and came to the realization that, under stress, he goes into what he called "go mode" that causes tunnel vision around the goal and little attention to the people. The change in our coaching trajectory and progress was palpable.

The Payoff of Using Data in Executive Coaching

Stakeholders – from boards of directors to the C-suite to the executives themselves—will ask how they will know that coaching has paid off.

The most honest answer I can offer: understand what you are trying to accomplish with the developmental goals you set. Data can help you do that. But be warned: Sometimes a leader or a stakeholder can become so invested in the data that they lose sight of the goal of making meaningful impact on the business.

Executive coaches should start the coaching engagement with discussions of business challenges and how leadership, interpersonal, or business skill gaps might be impacting the business.

For example, a poor leader can cause employee engagement issues that lead to retention problems that have a real cost to the business. Similarly, a leader who has great strategic insight but an inability to reliably execute, can leave a lot of potential for the business unrealized.

Tying the leadership skills you are trying to develop through coaching to key business metrics is critical to show measurable ROI.

Too often, companies hire an executive coach with the assumption that they will work privately with the executive, without any other input or conversations from other stakeholders. But even with the best coach, executive coaching is rarely successful if it happens in a vacuum.

Without data, executive coaching sessions turn into a lot of guessing about what might be going on. And the coach and executive might choose to focus on the wrong areas, particularly if the executive isn’t highly self-aware.

But data changes all that. From the first meeting, the coach can help the executive quickly start to reflect on concrete challenges and create focused, measurable goals. And if you continue to collect data, you can also see how the executive has changed and progressed.

While it takes extra time (and possibly expense) to gather data, it’s well worth it in the long run. Otherwise, you may waste too much time and money on a coaching experience that doesn’t help the executive truly better their performance.

Find out more about DDI’s options for executive coaching.

Nicole Traud is an Executive Consultant and Coach with DDI’s Executive Services. Her 20+ year tenure with DDI has afforded her the opportunity to work across the range of DDI’s executive service offerings and the privilege to work with leaders and executives from every corner of the world. When she’s not hard at work, Nicole is the proud mom of two, play and snuggle partner to their rescue dog, and continual source of exasperation to her husband, who supports all of her "big ideas" with love and encouragement. Love of musical theater, travel, Pilates, and cooking are among her varied interests.